Somerset is full of treasures. One of them makes more noise than the others. Already reviewed in these columns for a fine split with Howling Giant, the English stoner quartet, pearl of this county in England’s southwest, released at the beginning of June on Pale Wizard, the successor to the excellent Terra Solus (2018). Since this last LP, Sergeant Thunderhoof has distinguished himself by his splits with various artists, including those already mentioned, and by his covers. I mention also Kate Bush of Cloudbusting on Beyond The Pale: Vol I withTony Reed (Mos Generator, Big Scenic Nowhere…) on the other side, released at the end of 2020.

This Scepter Veil benefited from a pre-financing campaign which allowed the album to be produced under good conditions. It was recorded once again at Stage 2 Studio (which also saw Phoxjaw) and mastered by Tony Reed. If the group was formed « by accident » in 2013 following a jam between members of different local groups, their consistency commands respect. Since their first album Zigurat (I’m proud to say that I discovered them at that time), they haven’t strayed from their initial credo. As their writing and themes have developed, they’ve forged a solid reputation. Their sound and production have been refined over time, the riffs are clearer, and they’ve now produced this mature album, This Sceptred Veil. You guessed it, not much objectivity to expect from this column: I’m a fan.

After the forced break during the pandemic, the group got busy composing its new album. Seeking inspiration, Dan Flitcroft (vocals) chose to draw on the rich history of their home region of Somerset. He introduces the character of Sergeant Thunderhoof, as if this fictional character that he has been developing since Zigurat (2014) was a protagonist of these tales and legends. The whole album is haunted by these stories, which invite the no less mythical (for fans of the group) character invented by the musicians. The varied ambiance and rich and evocative musical themes contribute to making this album a book of mental images that invites us on an imaginary journey that intensifies until the title that closes this superb album. The whole LP is like a monumental fresco, a little offbeat, not without humor, but with more theatrical aspects and undeniable charm.

Would all of England fit in Shakespeare’s verses? It’s a bit like how the bard has inspired artists, musicians and yet remains a reference point far beyond the shores of Britain. Should we see in the title of this album an allusion to the sentence pronounced by John of Gaunt in Richard II, « This royal throne of kings, this sceptred isle« ? No doubt, since this record is rooted in the land of Albion, and this verse has entered the British collective unconscious as a reference to the greatness of the country.

This attachment to mythical England and its legends is not a first for a group from across the Channel. We think of this country fantasized by Ray Davis and the Kinks
(The Kinks are Village Green…, Arthur Or The Decline And Fall Of The British Empire…) or even—and we are there in a universe that is closer to that of the Sergeant than it seems—Genesis‘ Selling England By The Pound. In this album as in This Sceptred Veil, to a lesser extent, ancient legends intertwine with contemporary times with a certain dose of irony and derision. The emblem of the group, this famous Sergeant Thunderhoof, is described by the musicians as « a mythical figure, who crosses time and can inspire new themes and new ideas« . Here we are.

Between prog, stoner and hard rock

This Sceptred Veil opens with a powerful riff illuminated by Dan Flitcroft‘s vocals, You’ve Stolen The Word, a title that could recall the song they’d composed for the very beautiful split with Howlin’ Giant. The great ambiance, the enduring significance of the title, and the sheer mastery of composition indicate how much the group has matured. While many think that less is more, Sergeant’s musicians do not hesitate to make a theme last longer, or to layer in the psychic arrangements, such as the long bridge in the middle of the piece which slips into the hollow of your eardrums and stays there.

We can also discern more heavy metal/hard rock influences in Sayer‘s riffs, as on King Beyond The Gate, or even the first theme of Show Don’t Tell, which has a hint of Crazy Train, while Flitcroft tackles the verse with a very “Blackie Lawlessian” (WASP) interpretation…

Absolute Blue, the third title, reveals a certain melancholy in the singing and the interpretation. This is reinforced by the haunting, almost ballad-like harmonies and arrangements of the piece. We then restart strongly with the fourth title, Foreigner, with accents that remind me of a Greenleaf, which would have pushed the fuzz knob even more, and a Rainbow from the R. J. Dio period, under the influence of amphetamine. This piece, which advances, carrying its share of melancholy throughout its nearly eleven minutes, is one of my favorite titles.

The epic 18-minute finale, which includes two parts, Avon & Avalon Part I & II, undoubtedly refers to the Arthurian legend, the geological elements of which are specific to Somerset. These could be emanations. Thus, the Glastonbury Tor, a hill on the outskirts of the village, is considered by some to be the mythical place where King Arthur was buried—or the Isle of the Blessed, where he was taken to heal after battle. Indeed, the Bretons called this place “Ynys yr Afalon”, or the island of Avalon (perhaps also a gloss on « this sceptered isle »). They discovered two coffins there at the end of the 12th century, which might be those of Guinevere and Arthur… We can also surmise that in the lyrics, there’s a reference to the legend according to which Joseph of Armathia came here and planted his staff, which immediately flowered. The oldest abbey in England is said to have been founded around this tree.

If my sources are correct, This Sceptred Veil would herald the start of a trilogy dedicated to the myths and legends of southern England. Good news, as this inspiration has brought creative richness to this new opus. If the musicians take the bet, we can expect to have good musical surprises from them in the years to come. That is because the world of the group is unique and transcendant, through devastating riffs (Mark Sayer) supported by a solid rhythm section (Jim Camp – bass & Darren Ashman – drums) and enlightened by the increasingly masterful vocals of Dan Flitcroft .

The album was built in several stages. Most of the time not being able to collaborate directly, jam, or record experimental riffs in rehearsal or during sound checks according to their habits, the members of the group worked separately. The drums, for example, were first programmed with the approval of the drummer who validated each step, then re-recorded at the end. The riffs were recorded by Sayer and the rhythm section came last. With rare exceptions (Devil’s Daughter, for example), the creative process has therefore been completely disrupted.

After more than seven years as a band, it is time for Sergeant Thunderhoof to finally get the recognition it deserves. From the critically acclaimed debut albums (Zigurat, 2014-Ride of The Hoof, 2015-Terra Solus, 2018) to this latest, the band’s sound has been refined without losing that overwhelming force that saw them nicknamed « The Hoof » by fans, and was enriched with more prog and psychedelic contributions. This Sceptred Veil may well be the key to the group reaching a new level of recognition. As a die-hard fan of the first hour, I am not in the best position to be objective. But frankly, there is something grand and magnificent about this album that makes it a must-have and, I hope, the unanimous vote of critics. It is among the best metal albums this year. Any ranking that on the eve of 2023 does not include it in the top list would be bad faith. 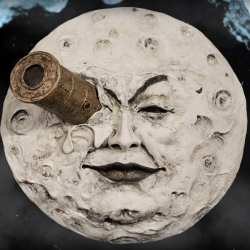